A Utah family is facing the unimaginable just a few years after they lost their three-year-old son to cancer: Now both dad and their two-year-old daughter are battling cancer as well.

Nate Bowen, 41, and his wife Allison had already gone through hell when their son Crosby died suddenly in 2018, just a month shy of his third birthday, due to what they learned later was a brain tumor.

But when their two-year-old daughter Annabelle was diagnosed with cancer last year, doctors began testing to find out why this had happened to two toddlers in the same family, according to Today.

They soon discovered that Annabelle has a rare genetic condition called Li-Fraumeni syndrome, which can increase cancer risk.

When genetic tests revealed that Nate had the condition, too, he started undergoing regular cancer screenings — and in September, doctors told him they’d found a tumor in his brain.

Nate Bowen, 41, and his two-year-old daughter Annabelle are both battling cancer at the same time 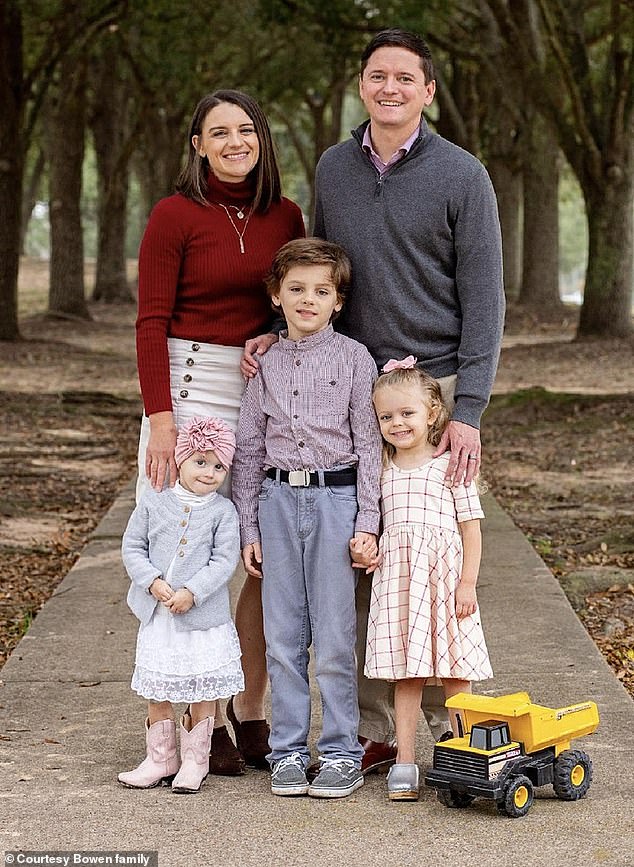 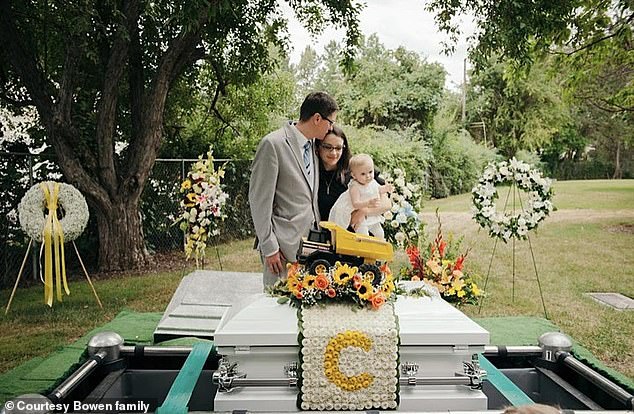 In 2018, they tragically lost their son Crosby just a month before his third birthday

The Bownes’ one-in-a-million story began in 2018, when their son Crosby — whom they described as a ‘silly kid’ with a ‘great laugh’ — suddenly fell ill with fatigue and vomiting.

Their family doctor thought it was just a virus, but Crosby got progressively worse over the course of a week.

Though they said none of his symptoms indicated to them that he had a brain tumor, his condition worsened enough that they took him to the hospital.

‘On the way to the hospital is likely when he had a massive heart attack or stroke or something like that and stopped breathing. We didn’t know,’ Bowen said. ‘But we could tell he’s really declining quickly.’

Doctors told the family that Crosby was brain dead, and they soon took him off life support.

‘It was just very traumatic because it was so sudden,’ Bowen said. ‘We got fantastic care and they brought in a child life specialist to help the kids say goodbye to him.’ 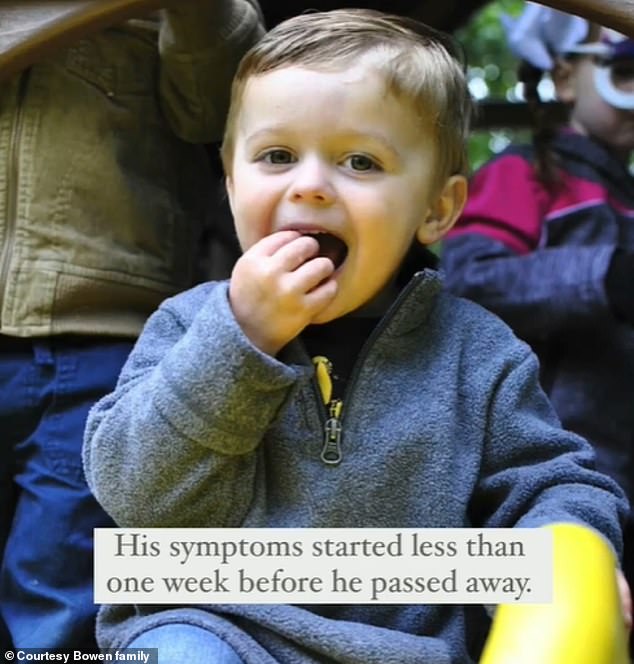 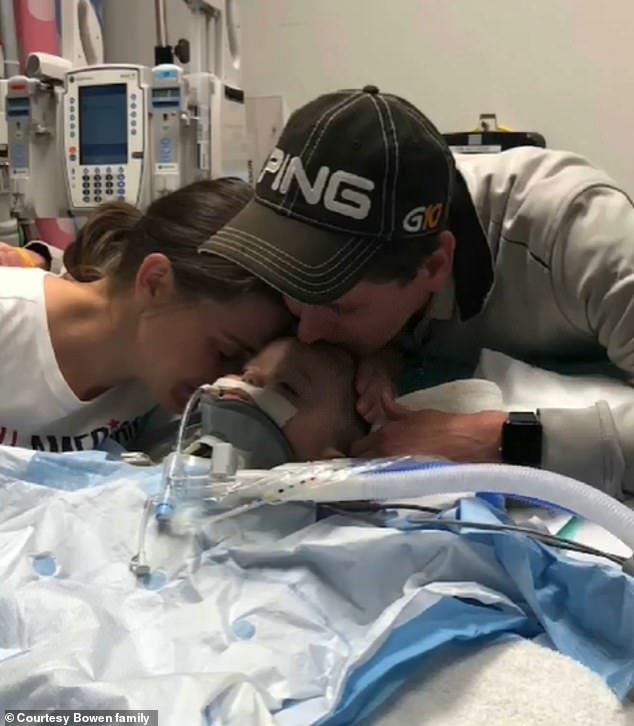 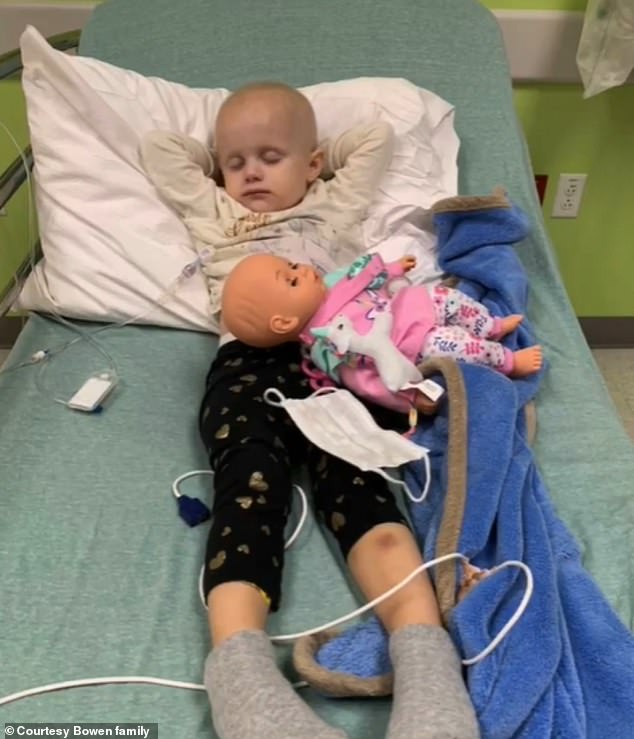 Last year, Annabelle had a bump on their leg and the Bowens learned that she, too, had cancer. She underwent surgery and started chemotherapy 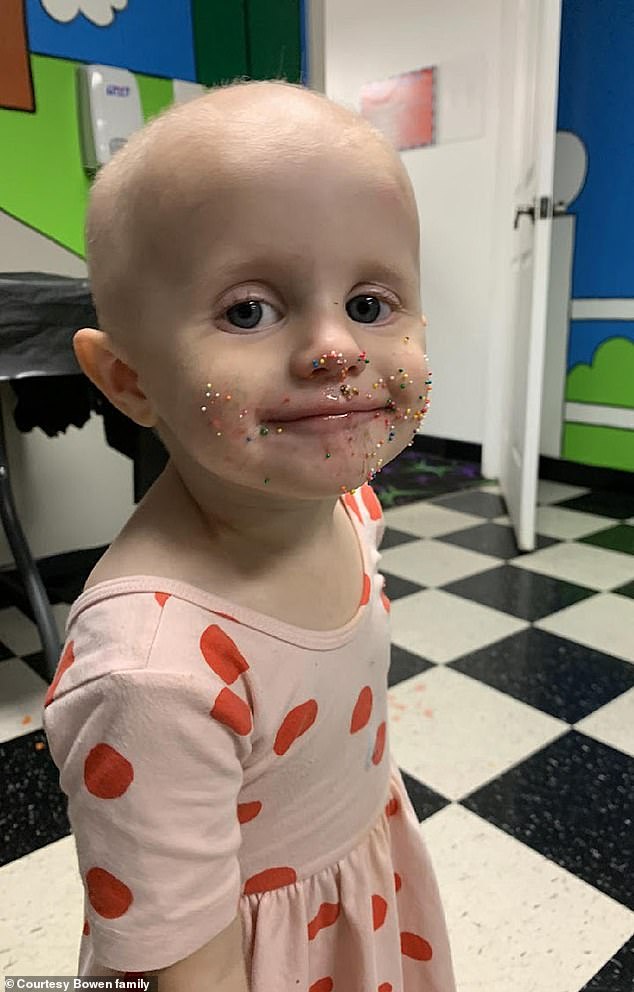 They later learned through a CT scan that Crosby had a glioblastoma grade 4, a ‘very aggressive brain tumor.’

After some time grieving, Nate, Allison, and their other children — Dalton, now 8, and Tessa, now 4 — welcomed a new addition to their family: Annabelle.

Annabelle started having health troubles in late 2020 when her parents noticed a bump on her leg.

In February of 2021, she, too, was diagnosed with cancer after and MRI found rhabdomyosarcoma, a soft tissue cancer of the muscles.

She quickly underwent surgery and chemotherapy, which she will finish this month.

But doctors were curious as to why two of the Bowen children developed cancer and ran some genetic tests. 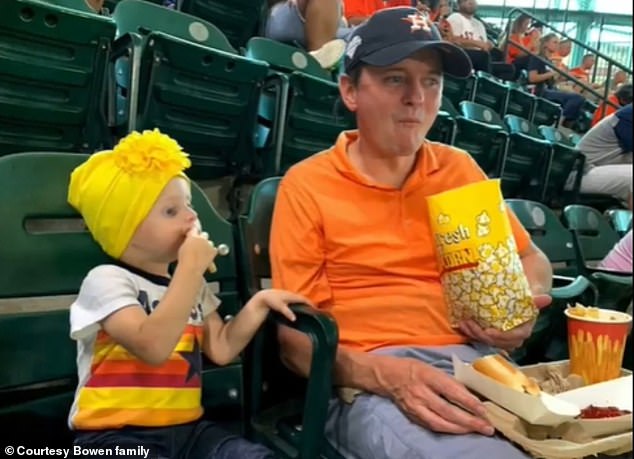 The whole family was tested, and Nate discovered that he had the condition as well, so he started regular screenings for different types of cancer 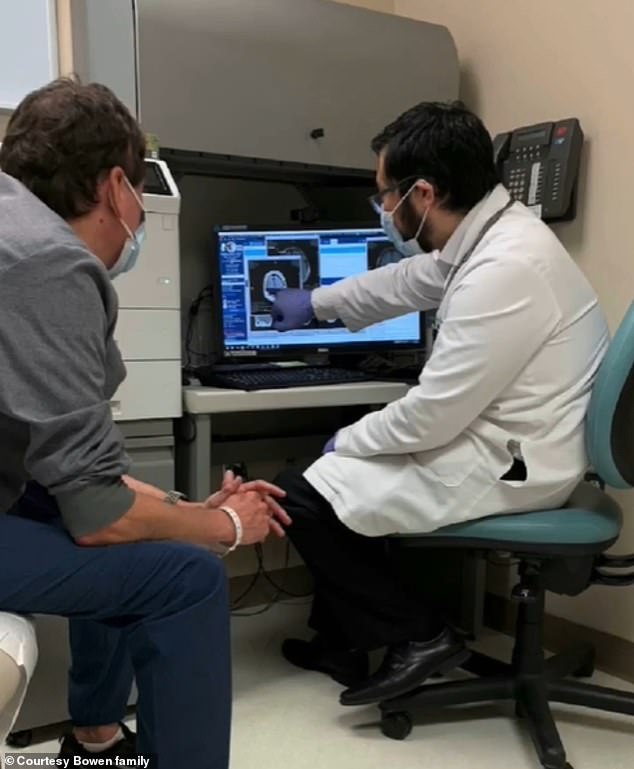 Last fall, doctors found a brain tumor and operated to remove most of it. However, due to increased risk of more cancer, he is not getting chemo 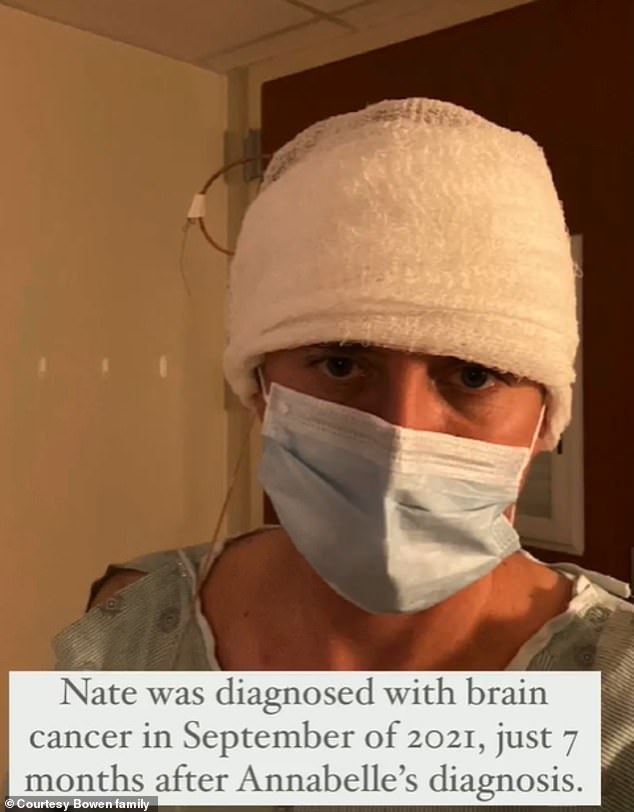 ‘My daughter getting cancer led to my genetic testing, which led to cancer screenings, and allowed us hopefully to catch it early enough,’ he said

‘When you have multiple children that are young that have cancers, there’s typically this genetic mutation often associated with it,’ Nate said.

They discovered that Annabelle has Li-Fraumeni syndrome, a mutation in the TP53 gene. The TP53 prevents typically tumor growth, but the mutation does not.

Though the mutation can happen spontaneously, it can also be genetic — so the rest of the family got tested.

Only Nate had the condition as well, so he began gettin regular cancer screenings. That’s how, in September, doctors found a large brain tumor, grade 2 astrocytoma, during an MRI.

He’s since had about 90 per cent of the tumor removed, but while his daughter is undergoing chemo, he is not, because it could cause him to develop even more cancer. 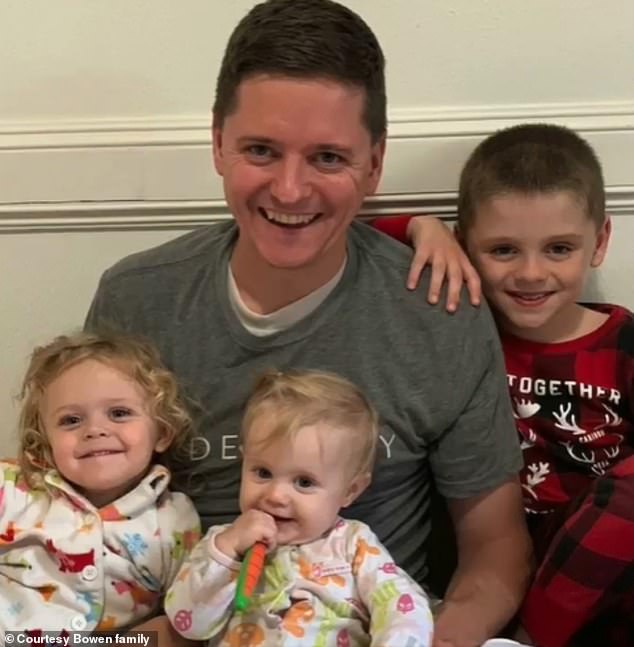 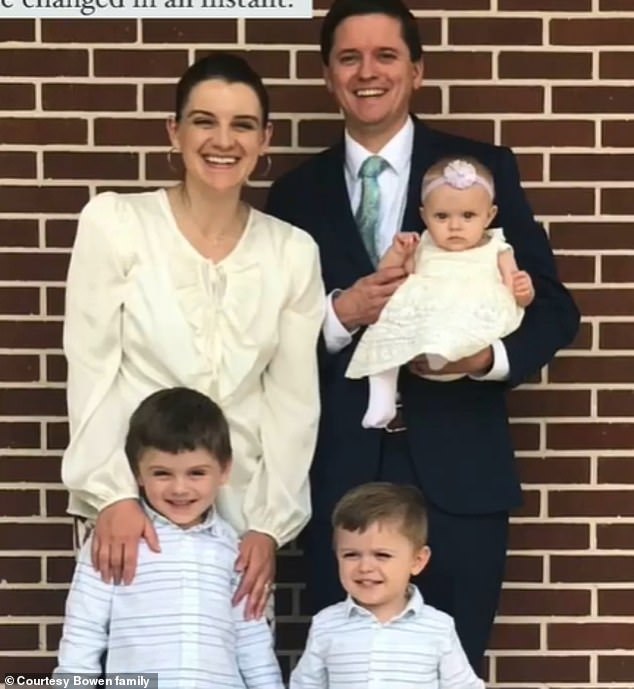 ‘I have really grown to see my wife in a different light and really respect the woman she is and how strong she is,’ Nate added

Though Nate and Annabelle will likely always be dealing with the threat of cancer — and regular tests and screening — the family is doing its best to keep positive, in part by turning to their faith.

Plus, he added: ‘My daughter getting cancer led to my genetic testing, which led to cancer screenings, and allowed us hopefully to catch it early enough. It’s one of those bittersweet things where there’s bad that comes of it. But there’s a good part.’

He said his relationship with his wife has grown stronger, too.

‘I have really grown to see my wife in a different light and really respect the woman she is and how strong she is. Our love for one another has grown through the trials and we’re trying to be as positive as we can.’